Don’t Fear Your Ideas Ripped Off

Posted by Charles Caddell on Sep 5, 2013 in Brilliant Business Ideas

Don’t Worry Too Much About Getting Your Ideas Ripped Off

To make sure your business idea is on the right track, start sharing ideas to test their advantages and value and don’t worry about idea-jackers. It comes down to you having to take the risk or never knowing. So if you’ve correctly performed your research, then you have something that no one can lay a hand on. 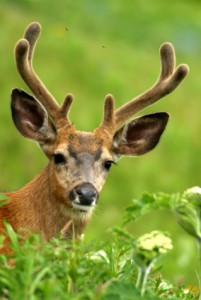 One thing for sure is nothing’s going to happen if you never put your idea out there. If you’re in business, use your customers as alpha testers so you can then revise what works and doesn’t work on the next time around.

In the physical world, we erect elaborate barriers to put a stop to copying at all costs (copyright laws, patents, etc.) because rampant stealing of product designs would deter the investment necessary to create them. But it works the opposite way in the technology world with the threat of someone ripping off your idea acting as a catalyst to force you to get better by driving your innovation forward.

In the world of technology, it is common for every company to copy every other company and this rarely proves grounds for a lawsuit. For example, Facebook deliberately and blatantly ripped off Twitter for a while. In addition, Google Buzz also took on Twitter, and Facebook Places was supposed to spell the demise of Foursquare. And don’t forget iTunes Ping, the Facebook for music.

It’s a rare occasion when a technology behemoth (i.e. Google, Facebook, etc.) moves into a niche space occupied by small, smart, and focused teams working on a single idea, and actually win.

There exists an important and proven rule in technology that in order to disrupt an established sitting market leader, your product or service just doesn’t have to be better. But it must be noticeably and significantly many times better than the incumbent. The costs of switching between products and services are way too high for people to switch away to another that’s only slightly better.

Understand that competition from big players in the market forces smaller players to perfect their product or service and battle for the extremely valuable loyalty of their customers.

In addition, because the barriers to entry in designing a web app are subsequently low, and the product life cycle so high-speed, the ever-present threat of your important innovation becoming commoditized right away in the market, rather than efforts at the deterrence of invention, can in reality encourage and stimulate the next wave of innovation by forcing you to move onto the next brilliant idea. Often times, this idea is located in a place where a slight tweak to an existing idea fuels the most meaningful subsequent innovations.

There’s an important recognition and understanding that businesses eventually and sometimes quickly have to move on to something completely new once the generic product or service equivalent is introduced to the market.

Finally, understand that imitation or out-and-out copying as an exclusive strategy, very seldom works. Just observe all the big, enormous companies with billions of dollars that have repeatedly failed at it. But the lesson to take to heart is that its continued threat is a catalyst for keeping entrepreneurs on their toes and the Web relentlessly churning with different players and new models.